PRESS
Lines are straight, lines arc. An unstable grid is the motif.

The fundament for the work ENTROPY is the visit of the ‘Fiskekonen’ (Fishwife), who by now - since she first took her place at the station - has been assimilated into the Southharbour life. However, it’s the immediate displacement of the statue at the train station, that forms the basics of the ENTROPY, which, in its lack of informations and it’s hardcore decoration, may seem out of place, as first was the case for the statue. The work's premise has been the basis of some formal considerations and a desire to act as a light counterweight to the 'Fiskekonen' social agenda, Entropy is high art in deep waters.

BACKGROUND
Copenhagen is currently under long-term rebuilding related to the metro construction. In this context, several sculptures are tucked away and packed down, but one of the musty sculptures have come to light again.

At the request of the exhibitions space Udstillingsstedet Sydhavn Station is Charles Svejstrup Madsen's sculpture 'Fiskekonen' from Gl. Strand, erected on Sydhavn Station Square from July 2015 onwards. During this installationsperiod the 'Fiskerkonen' also accompanied by contemporary art in a large billboard, which is set up outside the station on a wall under the railway bridge. The 10 artists behind the exhibition space Udstillingsstedet Sydhavn station, contrubutes with poster that temps to seek the dialog to the visit. 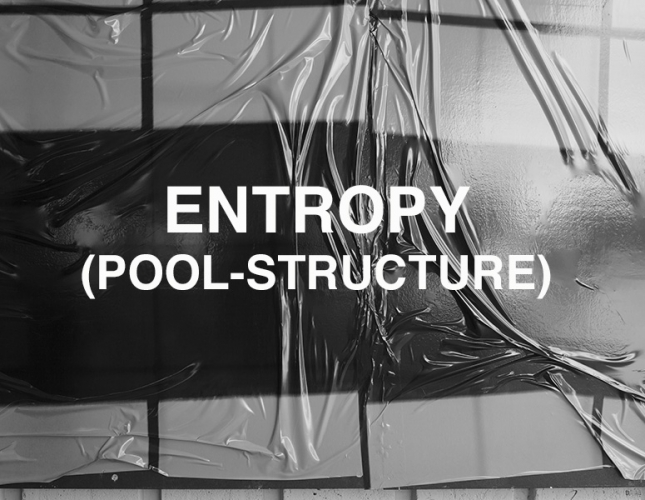 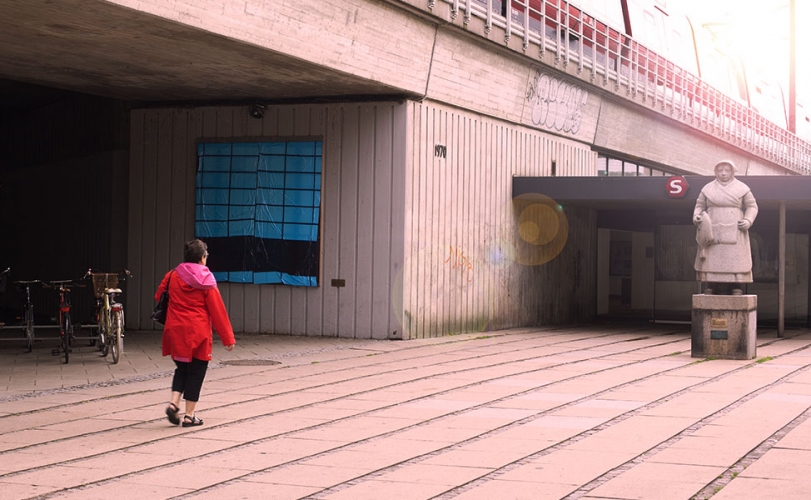 ENTROPY (Pool-structure), 2016
Foil
Morten K Jacobsen
Location:
Sydhavn Station
The work was informed by the urge to aestheticize the installation of the work,
basically aestheticizing the 'poor' installation 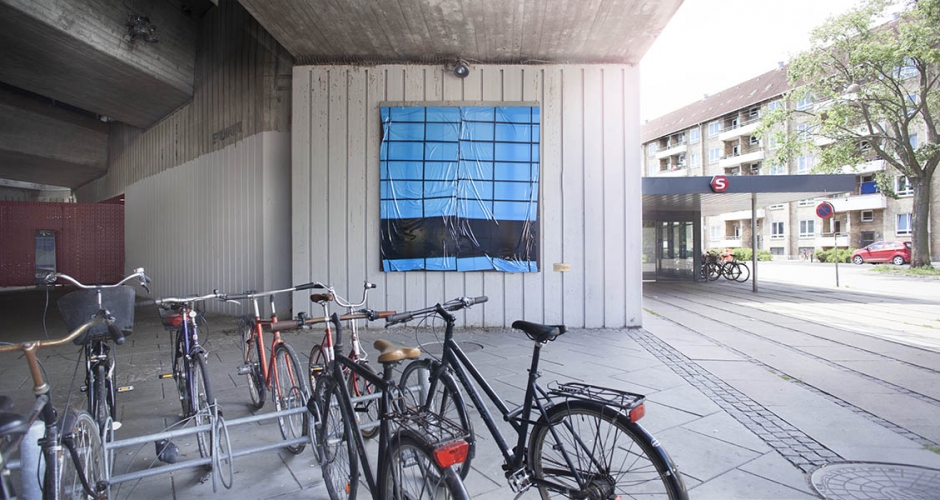 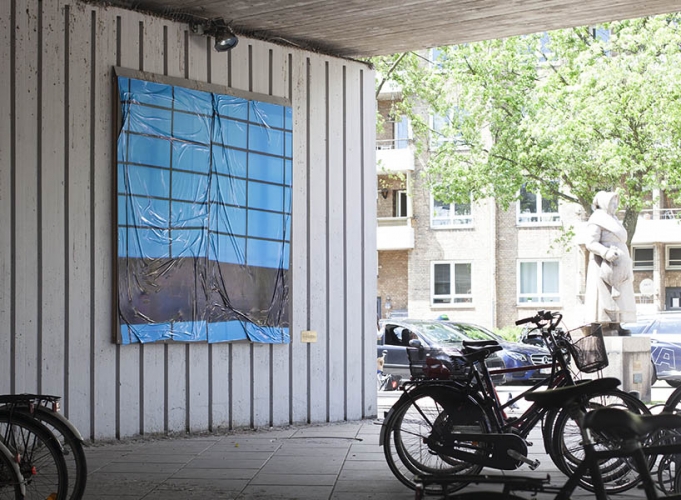 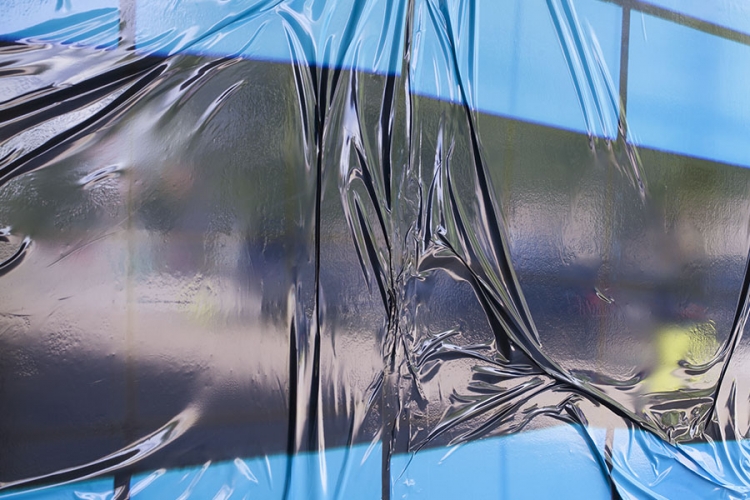 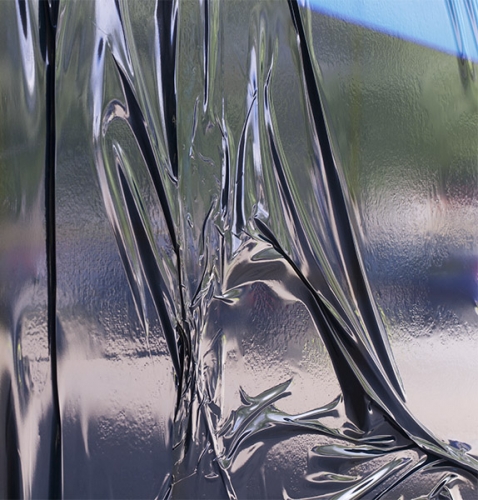